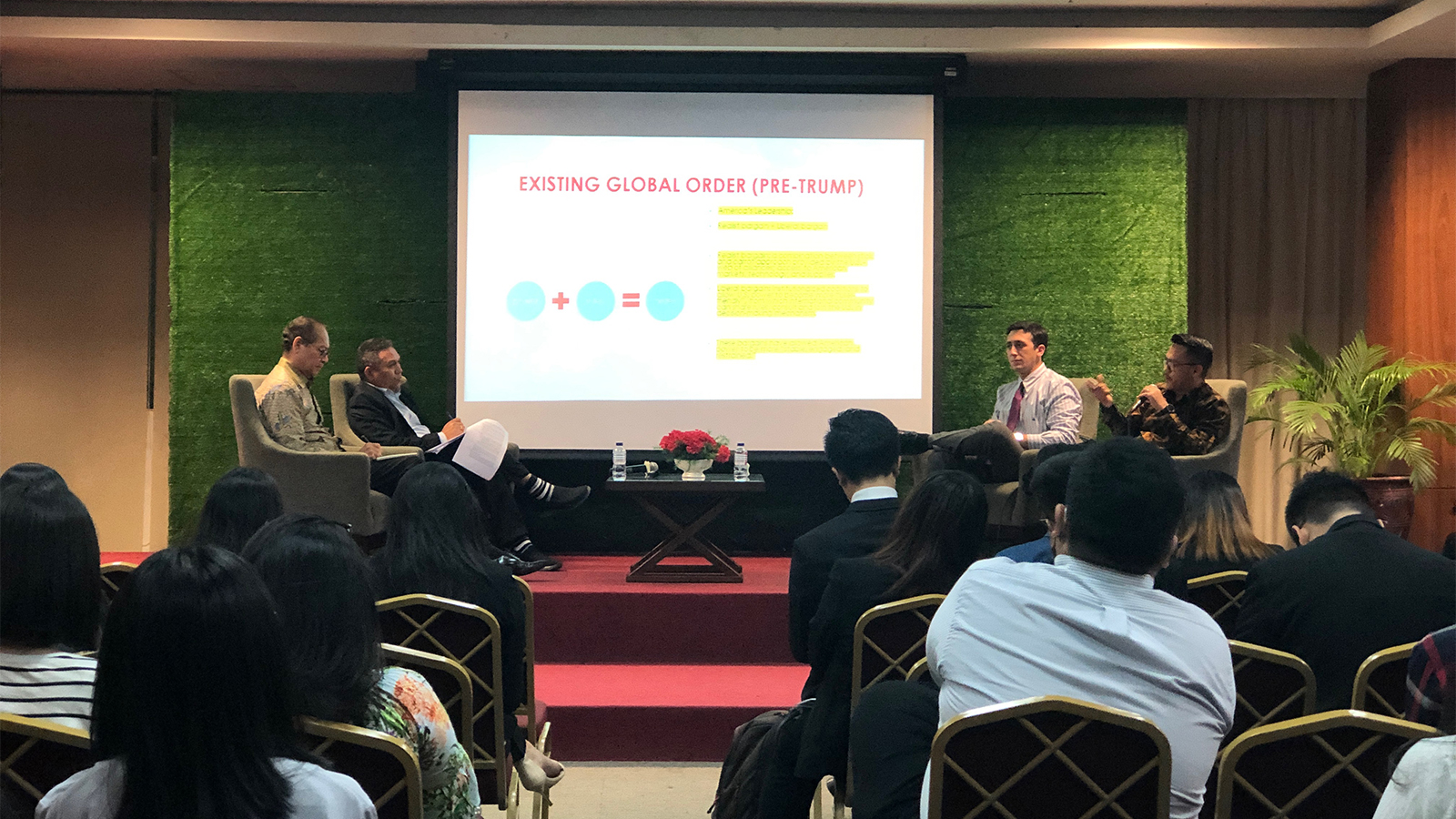 In this era of globalization, Asia has a huge opportunity in the international arena. The world has seen Asia as a vast area of potential. Today, the economy, trade routes, and development are starting to be centered around Asia. Therefore, Indonesia, as one of the countries of Asia, has this opportunity, too. Mr. Jose Antonio Tavares, Director General of ASEAN Cooperation of the Ministry of Foreign Affairs delivered this message through his seminar on conditions in Asia titled Asia, Indonesia and the Future of Indo-Pacific. The seminar was held on 6 September 2019 on UPH Lippo Village campus.

Mr. Tavares added to his message at the International Relations Exhibition (IRX) 2019, “Asia is the center of the world economy because Asia has leading economies such as China, Japan, ASEAN, and India. This is Asia’s strength in the international stage. However, Asia is also facing several challenges, such as historical animosity, territorial disputes, and conflicts about the East China Sea, South China Sea, the Korean Peninsula, and military alliances.”

Prof. Aleksisus Jemadu, Ph.D., a Professor of HI UPH was the moderator of the seminar. Prof. Jemadu had invited renowned speakers who are experienced professionals internationally, such as Matthew Locastro, Researcher of Sandiya Institute Indonesia and Andrew W. Mantong, S. Sos, Researcher at the Center for Strategic and International Studies.

Matthew Locastro said during his presentation, “The future of the Indo-Pacific is not about rules or economic development but about how Asia innovates and how it should not be affected by the United States.”

There are many things needed by Asia, as explained by Andrew W. Mantong, S. Sos. Democratic or authoritarian Asian countries must improve their Leviathans, which mean that countries must be strict and worthy of their citizens’ respect.

Mantong also added, “Countries in Asia, such as Indonesia as the global maritime center, must integrate national markets of their own.”

The Asia, Indonesia and the Future of Indo-Pacific seminar is the ending event of IRX 2019. IRX 2019 is the biggest annual event organized by HI UPH with the theme Towards a Brighter Asia. In addition to the seminar, there were other activities such as exhibitions showcasing HI UPH’s creation, Model United Nations (MUN) competition, which had seven universities participating, and the Gala Dinner.