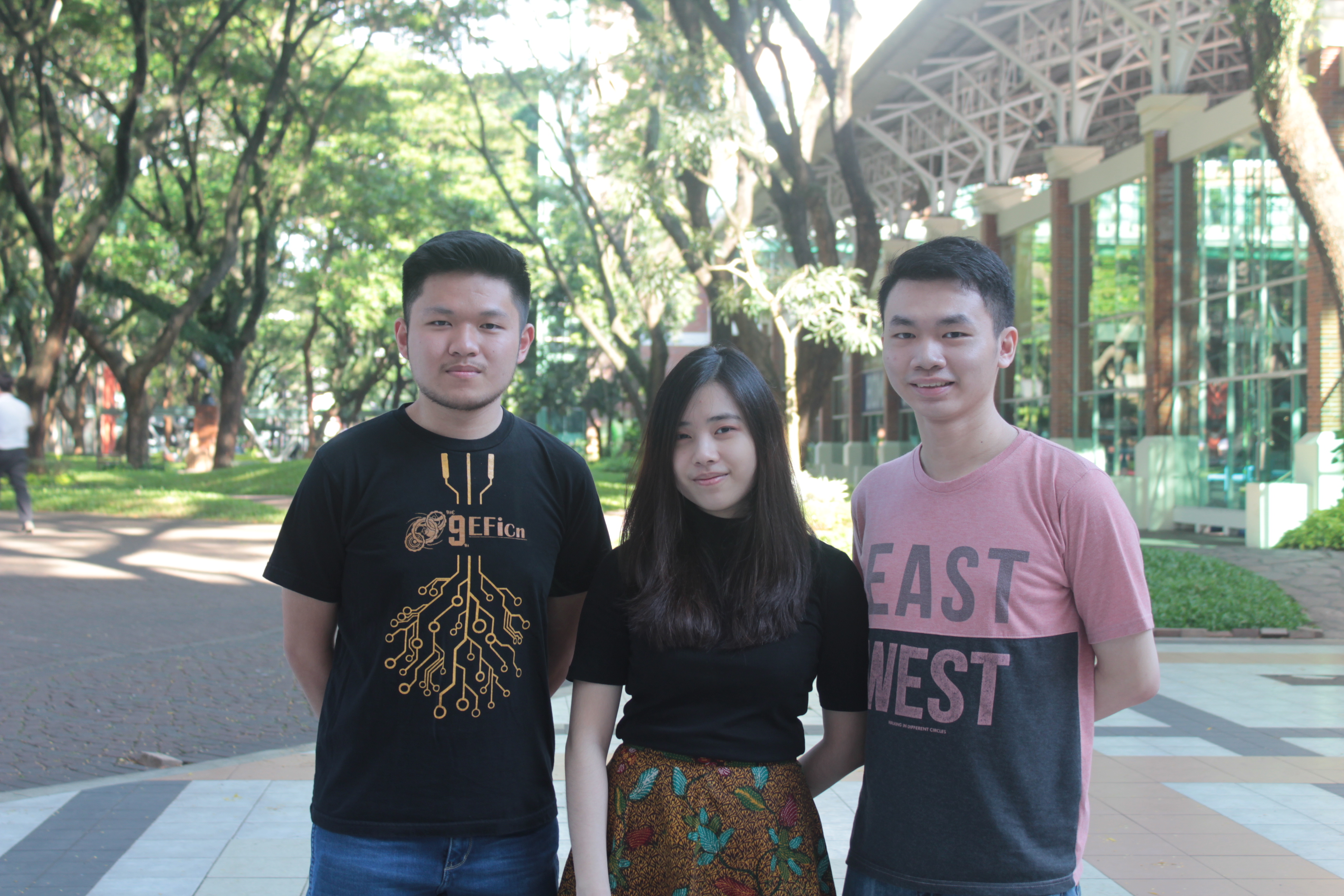 Universitas Pelita Harapan (UPH) Lippo Village Industrial Engineering students brought home the first runner-up title in yet another national-scale competition. This event, which focuses on Green Industry, requires participants to look for tangible solutions to real-life problems present in PT Intera Lestari Polimer (Enviplast). This competition is part of the INSTINC (Inter-University Competition) event series, held on March 26-29, 2019, at UPH Lippo Village Campus.
After competing with universities from all around Indonesia, UPH made it into the finale and managed to secure the second spot. Universitas Indonesia won the competition, and Universitas Gadjah Mada won the third place.
UPH’s team consists of Vincent Tiogana (Industrial Automation 2016), Marcellina (Industrial Automation 2016), and Billy Viyanto (Industrial Management 2016). The team shared their experience joining the competition, specifically when competing in the final round, entitled ‘industry exploration’.
Marcellina recalled that her team toured the factory to decide on a problem that they will attempt to solve. The problem should be inline with the theme, ‘Investing in Green’, and should relate with the principles of Green Industry. The team finally decided to focus on the waste build-up in Enviplast.
We see that there are too many defected and rejected products in Enviplast’s storage space. Enviplast is a company that is environmentally friendly and one that focuses on Green Industry. This means that if a product is not made to order, Enviplast will put them into the defect storage to be reshaped later. However, the reshaping process takes quite some time, and during the wait, the products lie unused, creating a build-up of waste. Our solution is to improve the quality control (QC) system that regulates the production of plastic bags. We propose to install sensors in the production machines, in the hopes that if a plastic bag is not made to standard size, the machine can automatically adjust its settings, producing a standard-size plastic bag. With a closely monitored quality control system, the number of plastic bags with defects should reduce a lot,” she explained.
Vincent informed that this is the first time the three of them joined this competition. This means there is extra pressure on their shoulders, especially in the written quiz round.
“Our team faced difficulties when facing the academic questions round, especially when we have to face off with students from universities like UI, ITB, UGM, and UBAYA – students that are more seasoned than we are. However, our forte is solving study cases, or solving questions in the post-game round, which was held right before the finale. That is what got us through,” Vincent said.
The students all agreed that competitions like this one gives them a chance to apply everything they have learned in class. The knowledge they garnered during their time in the university helped them a lot when working on problem sets in the competition.
“UPH’s Industrial Engineering course that helps us the most must be the Economy Technic course. From there, we learn how to predict long-term costs, should our solution be implemented in real life. Knowledge on automation also helps a lot, because we manage the plastic defects using electronic devices. We learned the principles of automation in the Industry Control Systems and Robotic Systems classes at UPH,” Marcellina explained.
This competition attracts 16 teams consisting of 3 people each. Participants come from the Industrial Engineering study program in eight universities across Indonesia – Universitas Gadjah Mada, Universitas Indonesia, Universitas Sumatera Utara, Universitas Brawijaya, Universitas Dian Nuswantoro, Institut Teknologi Bandung, Universitas Surabaya, and Universitas Islam Indonesia. The program is hoped to push each participant to become more fluent in applying the knowledge they have gotten into the real world. To the Industrial Engineering Student Council committee, this event should be a place where Industrial Engineering students from different universities mingle and broaden their networks. (pl)