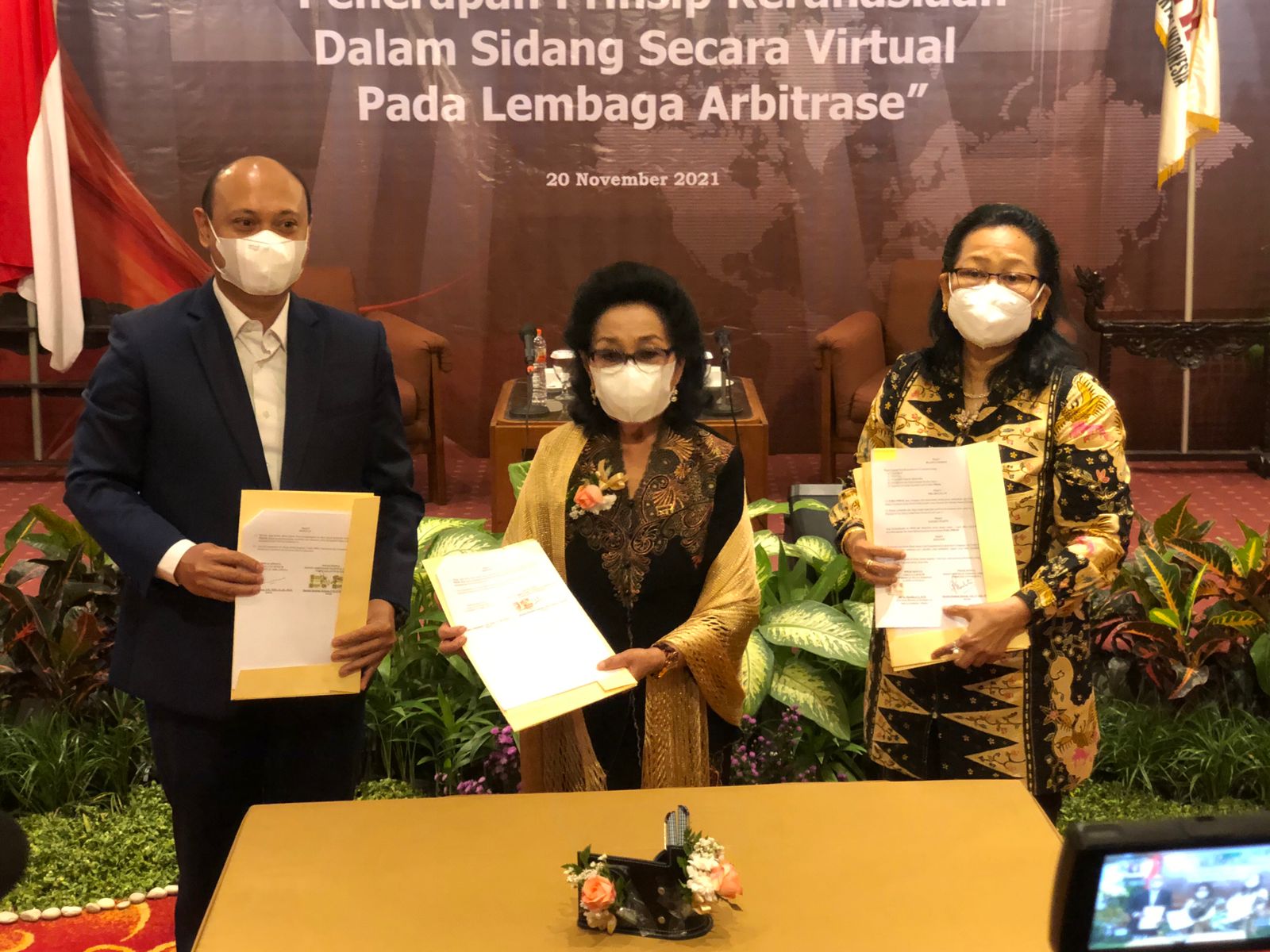 Since the enactment of Law No. 30/1999 concerning Arbitration and Alternative Dispute Resolution, the number of business disputes resolved through arbitration have increased. The increasing number shown are in line with the recent development of economic and law which are inseparable, where arbitration as an alternative dispute resolution or non-litigation becomes an option for business people.

The characteristic of arbitration as an alternative dispute resolution are fast, efficient, and thorough. Arbitration adheres to the principle of ‘win-win solution’ for the disputing parties. Compared to the general courts, there are no further legal remedies such as appeals and cassation in its process. Additionally, arbitration also offers advantages in term of time and cost which is measurable because it is aligned by the law that the trial period for arbitral tribunal is maximum of 180 days. Another advantage is that decisions are final and binding. The process of Arbitration and its decisions are purely confidential from public.

On Saturday, November 20th 2021 at Elmi Hotel Surabaya, Indonesia National Board of Arbitration (Badan Arbitrase Nasional Indonesia/”BANI”) Representative of Surabaya held a webinar entitled “The Application of Confidentiality Principle in Virtual Sessions at the Arbitration Institution” and the signing of Memorandum of Understanding (MoU) with two universities, namely Faculty of Law, Universitas Airlangga (UNAIR) and the Faculty of Law, Universitas Pelita Harapan Surabaya Campus (UPH). This event was held to commemorate the 40th Birthday Anniversary of BANI Representative of Surabaya and the 44th Birthday Anniversary of BANI Arbitration Centre.

The series of activities were carried out in hybrid. Approximately 60 invited guests from various backgrounds attended on-site. Starting from business people who are members of Indonesia’s Chamber of Commerce and Industry (Kamar Dagang dan Industri Indonesia/”KADIN”), advocates, and academics from several universities which are located at Surabaya. Meanwhile, hundreds of participants from all over Indonesia joined through Zoom Meetings.

According to Prof. Sogar, “The principle of confidentiality at the arbitration forum is very important because it can have such impact on the good name of the company. Especially when it involves a company that has the status of a Public Company.” Experts are still researching how to overcome the leakage during the trial. “Maybe one day there will be a special application or such technology for the confidentiality concerning a business dispute,” he said.

On the other hand, the Chairman of BANI Representative of Surabaya, Hartini Mochtar Kasran, S.H., FCBArb., FIIArb., said the collaboration between two universities aims to realize and develop deeper knowledge about arbitration on a reciprocal basis between academics and practitioners. It is also expected to be able to carry out the Tri Dharma of Higher Education in such fields of education, research, and community service.

Responding to the collaboration, the Head of Law at UPH Surabaya Campus, Dr. Agustin Widjiastuti, S.H., M.Hum., revealed that in the future UPH Students will be allowed to do internships for one semester at BANI office to also implement ‘Merdeka Belajar Kampus Merdeka’ (MBKM) Program. “Students also have the opportunity to do internships here. Several Lecturers of UPH are members of BANI. So, we hope there will be regeneration from UPH Graduates,” soon she added. Sorry, this entry is only available in Indonesian. For the sake of viewer convenience, the content is shown below in the alternative language. You may click the…