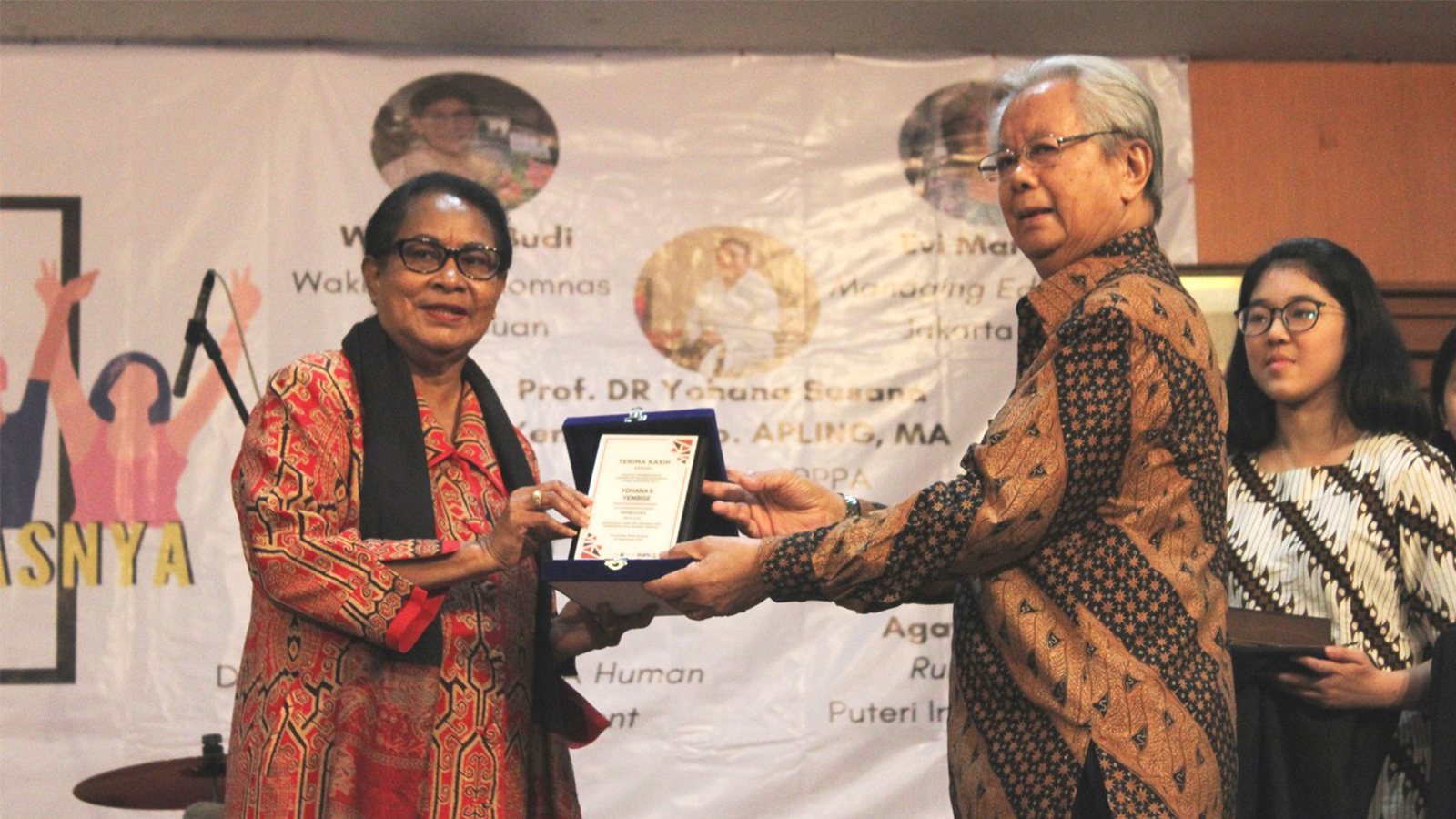 The Indonesian government is currently prioritizing the development of human resources for the next five-year period. It is imperative that human resource formation starts early and has the people contributing to it. However, discrimination against women in political, socioeconomic, cultural, and civil aspects halts human resource development. It comes in different forms, such as physical or mental abuse, negative stigma, domestication, and marginalization. Discrimination against women is happening both inside and outside the city even though it is more developed within the city. To reverse this condition, women must take up their respective roles.

In response to this need, Badan Eksekutif Mahasiswa Universitas Pelita Harapan (BEM-UPH) collaborated with Yayasan Mandiri Kreatif Indonesia (YAMAKINDO) to organize the seminar, Women and Their Capabilities. The seminar was held on 7 September 2019 at D 501 UPH Lippo Karawaci Campus, Tangerang. There were 120 participants, including students from campuses around the area.

The Minister of the Ministry of Women Empowerment and Child Protection (PPPA), Yohana S. Yembisa, emphasized the importance of female students of UPH to use their learning privilege as a steppingstone to break the chains of women domestication in Indonesia.

Minister Yembisa challenged, “There are 6.7 million students in Indonesia and 60% of them are women. However, 70% of these women return to domestic jobs after graduation. Government and private agencies have poured out great funds for scholarships, then why should it be used to go back to the kitchen?”

Minister Yembisa has been fighting to prove her capabilities. She chased after a Ph.D. title in the best universities within and outside the nation. What drives her to these lengths? She said, “I have quality. I have the capability. I believe that I can do it, therefore I keep on pushing forward. You must have this kind of spirit as women with education.” Other speakers include Budi Wahyuni, the Deputy Commissioner of the National Commission on Violence Against Women. Deputy Commissioner Wahyuni emphasized how a large amount of women in universities has not stopped domestication trends in Indonesia.

Deputy Commissioner Wahyuni said, “Graduating with a bachelor’s or master’s degree does not guarantee women empowerment. Women often are not given the chance to decide for themselves. Therefore we must change the education system inside the house and at school. The world of education must change. If there is still violence against women in the world of education, we will never move forward.”

Okky Asokawati, the Director of Rekatara Human Capital Development and Member of the Indonesian House of Representatives Commission IX 2009-2018, motivated women to be brave in entering the political arena.

Director Asokawati said, “We do not have many female members in the Parliament. However, we have observed a rise in the number, from 101 members to 115 DPR RI members in 2019. Don’t be allergic to politics! In my opinion, women are more caring, which allow them to be more focused on regulating KB, BPJS, and humanism issues. If we have more female DPR members, these issues will gain more attention. As women, we shouldn’t hesitate to educate ourselves and enter the political world.”

Evi Mariani, The Jakarta Post Managing Editor, and Agatha Aurelia, Putri Indonesia 2019 Runner Up, were also present in the seminar. They shared their experiences and insights as stereotype-breaking women.

Minister Yembise said, “UPH has organized a seminar that advocates for women rights in the face of gender inequality issues. By involving women on campus, we must prepare them to become leaders in the future. By equipping them with knowledge of these issues, we expect them to reach for better potentials in the future.”

UPH expects that women will be motivated to break stereotypes currently restraining women potentials for the sake of a better future. Universitas Pelita Harapan (UPH) once again showed their commitment in the higher educational world of Indonesia through their students’ performances, which…