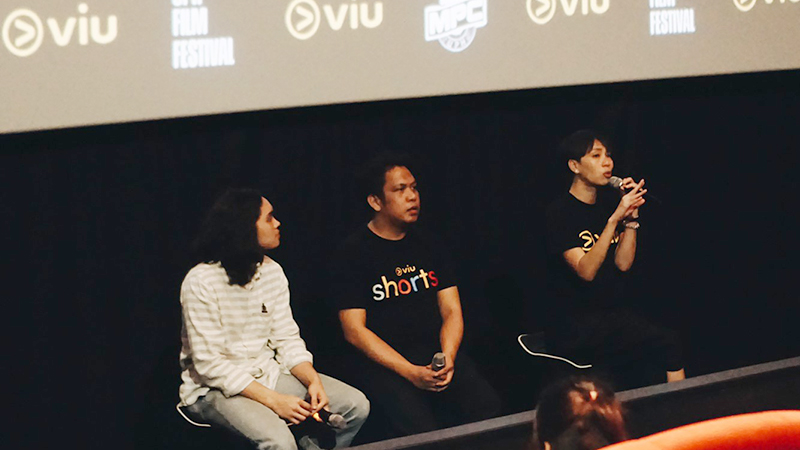 This year, MPC UPH worked together with VIU Indonesia – Over The Top (OTT) Video Streaming Provider that is centered at Hong Kong and has networks in 17 countries in Asia, Africa, and the Middle East. The event was held from 8 to 10 July 2019 at Universitas Pelita Harapan (8 July 2019) and Cinemaxx Theatre, Maxxbox Lippo Karawaci (9-10 July 2019).

On 8 July 2019, the event was opened by VIU Movie Idea Pitch, which is a presentation of students’ film scenario ideas, reviewed previously by VIU Indonesia. Interesting ideas will be acquired by VIU.

Next, on 9 July 2019, there was UPH Short Special Programme, where UPH students showed six short film works: Di Ujung Suara, Kotak Kayu, Oppa-Ya, Off-Court, +Mosaic, and Strive. On the same day, VIU Indonesia also showed 17 original short films under their VIU Shorts! Program with the theme of Indonesian myths and urban legends in 17 regions (such as Labuan Bajo, Maumere, and Singkawang). Afterward, there was a discussion session with the VIU team led by Myra Suraryo – VIU Senior Vice President Marketing Indonesia and Edo Sitanggang – Producer and Initiator of VIU Shorts!

Myra Suraryo said in the discussion session, “Students and Indonesian children must have love toward Indonesia. Love, know, visit, and tell the world of Indonesia so that Indonesia will be more exposed. If you are in the filming industry, then tell the world through film.”

To close the three-day event, on 10 July 2019 was the Festival Highlight, where there were three special screenings of films ‘Kado’ by Aditya Ahmad (Miles Film), which won the Orrizoti Award for Best Short Film, ‘Adiyapi’ by Kevin Geraldo of Universitas Pelita Harapan, and ‘Sowan’ by Destian Rendra of Universitas Negeri Malang.

UPH’s Movie Production Club is trusted to be an inspiration, creating talents, and to give the medium for young talents to grow in the filming industry. UPH Film Festival is the place for students of other universities to show their film works.