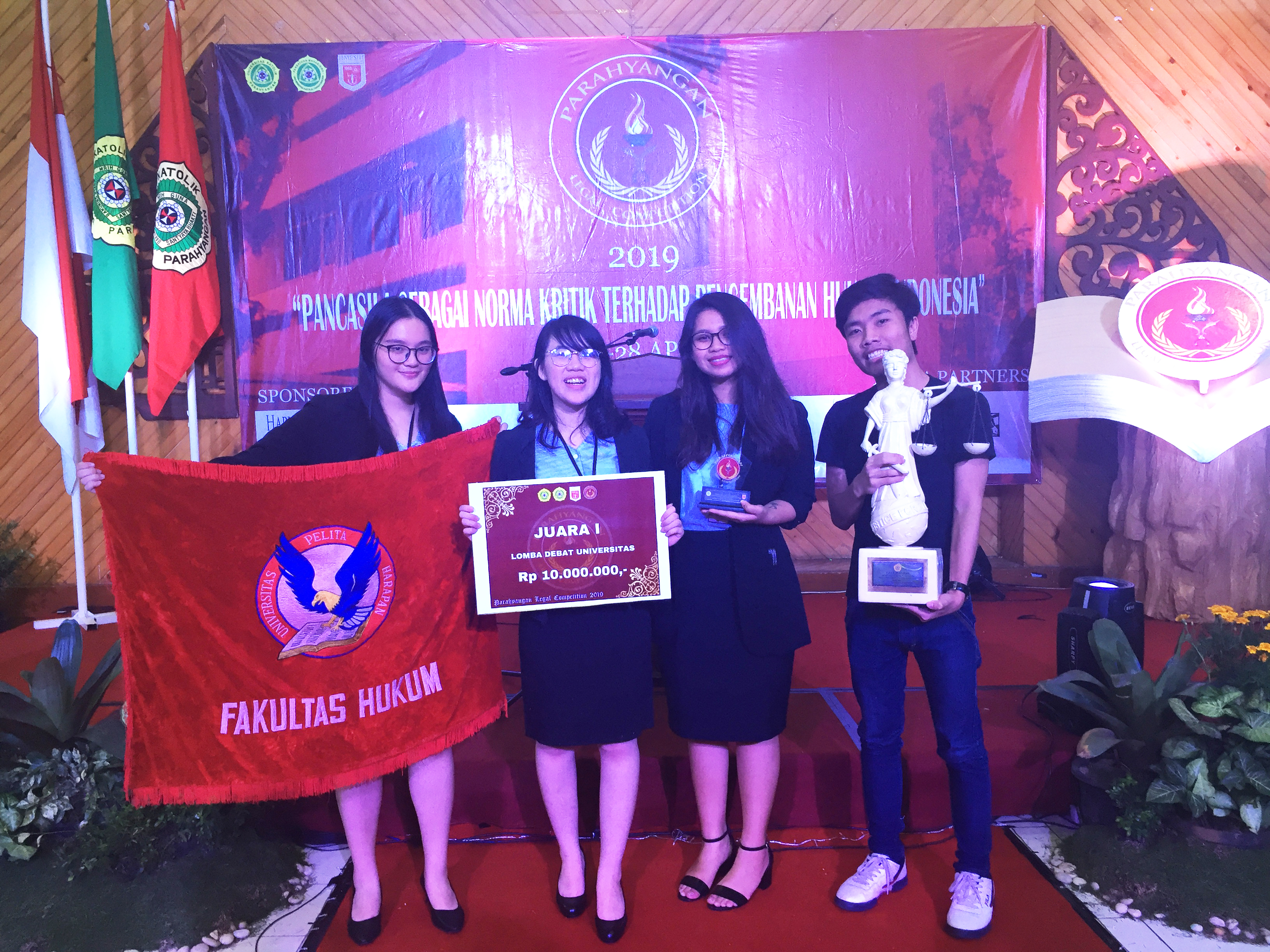 Often times, debates are shown in television to attract viewers attention. However, most of the time, debate shows are not showing the real function of it. Because in these shows, most of the speakers put their or their group’s opinion forward without really thinking about the purpose of the debate itself.
“If one only wants to debate, one will never find the real solution. However, if we want to search for a solution, then debate can turn into a place to learn from each other, to find good solutions,” said Ridwan Khoerudin, Law 2016, Head of DARE UPH, as he talked about why DARE (Debate and Research Community) is important.
In order to achieve that, DARE FH UPH as a community that accommodates students’ potential in debating, has joined a number of competitions to channel students’ potentials and give them an opportunity to learn. This was shown with one of their recent achievement in National Law Debate Competition ‘Parahyangan Legal Competition’ (PLC) 2019, where they won 1st place, on April 26-28 in Universitas Khatolik Parahyangan, Bandung.
This is achievement is surely one to be proud of, especially because FH UPH has just its new students of batch 2018 to compete in the national competition. They are Fenyo Ezra Tania, Hannie Almira Erany, and Terra Aura.
“We want to show that new students can achieve something too if they want to work hard, train hard, and undergo the process in order to be successful. We want to bring pride for FH UPH, and motivate our friends,” Ridwan stated.
Fenyo, Hannie, and Terra also admitted that as a team, this opportunity has given them many opportunities, taught them so many things, gain networking, the opportunity to build and maintain good relationship with the seniors who mentored them, and of course, soft skills such as teamwork, public speaking, and logic thinking. The three said that they felt very grateful to be in DARE FH UPH because of the lecturers who are very kind, willing to share, and who are always ready to guide them.
The competition, which brought the theme “Pancasila as Norm Critique towards Legal Bearer of Indonesia”, is a national competition followed by 16 universities all around Indonesia including Universitas Indonesia, Universitas Gadjah