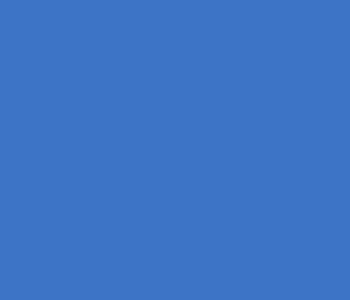 Despite recent trends in paperless technology, the majority of the most confidential documents such as passport, college diploma, birth certificate and work employment letter are still in paper form. Payment through physical means such as cash and cheques offer security measures which electronic transactions can not provide. Digital bits are considerably easier to manipulate than tangible objects. These reasons demonstrate the significance of research in paper security.

If you shine a laser beam onto a diffuse or rough surface like paper, you will see many blinking dots, which is called laser speckle. For ordinary people, these blinking dot pattern looks random and meaningless. But it is not for Wiwi Samsul, an undergraduate student of Electrical Engineering UPH. During his final project research work in UPH in 2010, he chose a topic on laser surface authentication (LSA), i.e. using laser beam to authenticate the originality of a paper. The work was supervised by Dr. Henri P. Uranus from Electrical Engineering UPH and Dr. Danang Birowosuto Parangtopo from LIPI (Indonesian Institute of Sciences). LSA is a technique proposed by Prof. Cowburn from Imperial College, UK years ago. The idea is that the surface of the paper consists of microstructure of fibers. By shining laser light onto the surface, there will be multiple reflections from the surface that create interference pattern which we see as speckles. Since the microscopic surface of each piece of paper is unique, the speckle pattern is unique and hence can be considered as a natural finger print of the piece of paper and can be used to identify an important document from counterfeit.

Instead of using dynamic set-up with moving laser and moving sensor, Wiwi used a simple approach employing static laser and static matrix of sensors. A HeNe laser (courtesy of the Physics Lab of Electrical Engineering UPH) and a cheap microscope equipped with CCD were employed in the set-up along with mirror and image capture box.  The result was already presented in The International Conference on Advances in Computing, Control, and Telecommunication Technologies 2010 and awarded the UPH’s Student Scientific Paper of the Year award for 2011.
Later on, Wiwi Samsul extended the work to see how well such simple and cheap set-up can withstand the spatial and angular misalignment. In this work, Wiwi intentionally induced spatial and angular disturbances and check how well the system still can authenticate the paper. The results show that regardless of its cheap and simple set-up, the system still can tolerate spatial shift of 0.154 mm and angular shift of 3.59 degree. This work was then published in a SCOPUS indexed journal of Springer, the Journal of Optics, Vol. 44, Issue 3, 2015 (http://dx.doi.org/10.1007/s12596-015-0250-0). “Undergraduate student’s work published in international journal is exceptional”, said Dr. Henri Uranus, the supervisor.

After graduation, Wiwi pursued his Master degree and Ph.D. in Electrical and Computer Engineering from Duke University. He is currently researching on microwave energy harvesting for his Ph.D. work.