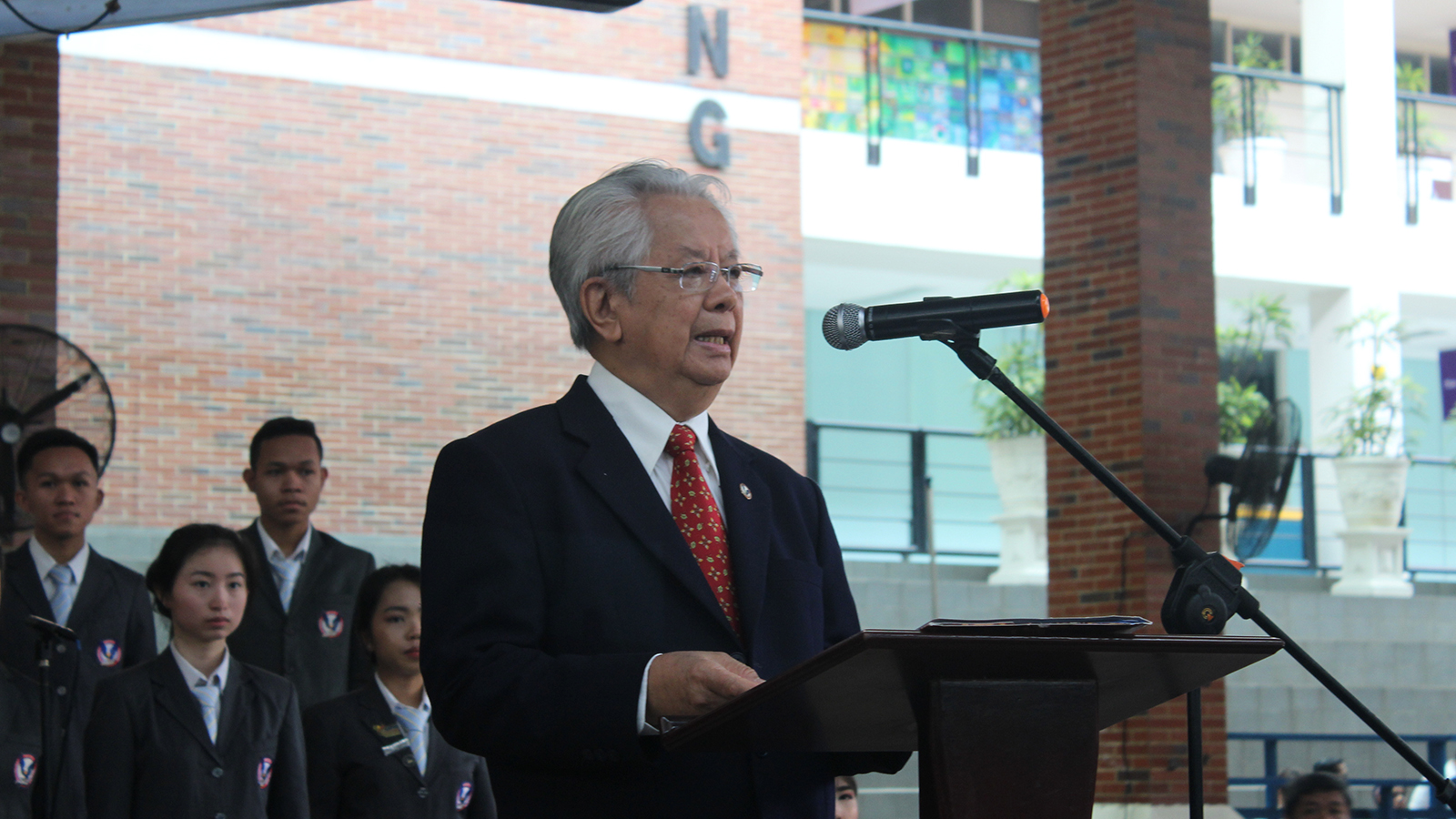 The 74th Independence Day of the Republic of Indonesia was celebrated by the entire academic community of Universitas Pelita Harapan (UPH) by executing the flag hoisting ceremony, which had 3,500 participants in attendance consisting of new students, senior students, staff, professors, and leaders of UPH. It was held on 17 August 2019 at the semi-indoors basketball court of UPH Lippo Village campus, Karawaci, Tangerang.

The speech invites the academic community to increase the number of innovations and creativity in higher education, to harness superior human resources, and to be competitive in the times to come. Our human resources must be able to adapt to achieve success in building the nation.

The role of universities in this mission is to raise the ability to adapt and to improve the quality of education. Universities must become agents of change that answer every challenge faced by the nation. Universities cannot be satisfied with every achievement and must not stay in their comfort zones. If a university keeps on fixing and developing its educational system, its human resources will achieve success in building the nation.

In addition to the speech, Rector wrote a reflection on independence on the UPH News magazine (July-August 2019 edition) with the title “Merdeka! Eben Haezer – Grace Upon Grace”.

UPH Rector said, “We are grateful for God’s guidance because the Republic of Indonesia (NKRI) is still united and keeps on moving forward, although we still face challenges. We are grateful that the democratic election is over, although it faced challenges. Now, as a united nation, committed to building a better Indonesia, an improved Indonesia, one that is prosperous in God’s protection.”

With this theme “Grace Upon Grace”, we realize that grace is in Jesus Christ, and because of Him we believe in a Christ-centered education, which is holistic and transformative to produce alumni with true knowledge, faithful in Christ, and of noble character.

We pray and hope that UPH alumni will be blessed and used by God to be channels of His grace, to build the nation and develop it into a fair and peaceful country where God is glorified. Merdeka! Eben Haezer – Grace Upon Grace.